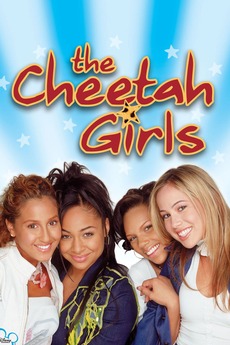 They have one shot to show their spots.

A four-member teen girl group named the Cheetah Girls go to a Manhattan High School for the Performing Arts and try to become the first freshmen to win the talent show in the school's history. During the talent show auditions, they meet a big-time producer named Jackal Johnson, who tries to make the group into superstars, but the girls run into many problems.