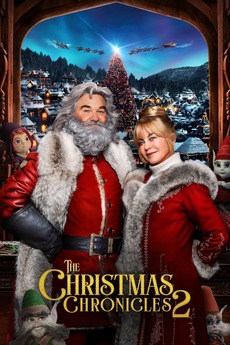 The battle to save Christmas is on.

Kate Pierce is reluctantly spending Christmas with her mom’s new boyfriend and his son Jack. But when the North Pole and Christmas are threatened to be destroyed, Kate and Jack are unexpectedly pulled into a new adventure with Santa Claus.

List of Productions Eligible for the 93rd Academy Awards

A list of the features eligible for the Best Picture Oscar and most other categories for the 2020/21 awards. I…

For my dissertation. I'm going for a more metaphysical rather than sci-fi genre approach to time travel, hence the inclusion…