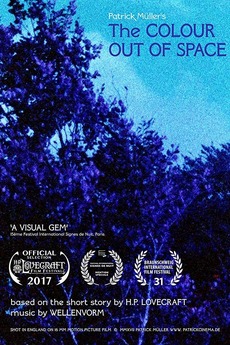 The Colour Out of Space
JustWatch

The Colour Out of Space

A meteorite, strange vegetation, a colour: an experimental take on H.P. Lovecraft's spiral into madness, shot with a vintage camera on truly unique LomoChrome 16mm film.

Lovecraft, Lovecraft-inspired, and Lovecraftian. Compiled from my own research, Lurker in the Lobby, and various sources around the internet.

All the horror shorts between 1 and 10 minutes­. Sorted by poster color, b/c why not.

Films set in and/or shot in the county where I live - Cornwall. A county of moorland, cliffs, beaches, surfing,…