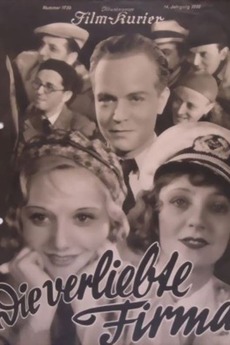 The Company's in Love
JustWatch

The Company's in Love

The story follows a movie crew who is filming a musical in a small and idyllic alpine village. After their temperamental leading lady drops out of the film, they decide to replace her with the village's young post office clerk Gretl, who returns to Berlin with them. There she has to struggle with the movie's all-male crew, who all try to woo and win her.

All films premiered before January 30, 1933, with the exception of "The Testament of Dr. Mabuse".

Finally I feel at…

Lubitschian: Imitation is the Sincerest Form of Plagiarism (the sequel)

With apologies to Rene Clair.

An off-shoot of Hitchcockian: Imitation is the Sincerest Form of Plagiarism

1932, the year of sophisticated comedies (Trouble in Paradise, Love me Tonight), stretching the limits of the horror genre…

My favorite 30 first-time viewings for 2016, sorted by year of release

The camera exists to create a new art and to show above all what cannot be seen elsewhere: neither in…

TrueFilm What Have You Been Watching 2015

A list of films compiled from every response to "What Have You Been Watching" on r/TrueFilm in 2015. To see…