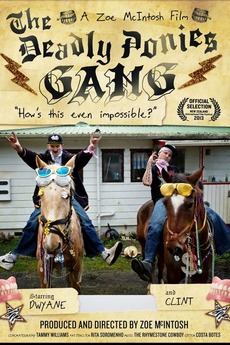 What happens when you cross poor white trash with gangsta culture, then stick it on a horse? You get the Deadly Ponies Gang. Dwayne and Clint have been the "bestest of friends" forever. They love hip hop, and horses, but they don't like guns, and they can't afford cars, so the pair have taken to pimping out their ponies instead, blinging out their rides with pearls, glitter, and gold (all plastic, of course) eternally trying to impress the ladies.

A list of all the movies I watched during the great COVID-19 virus lockdown of 2020.