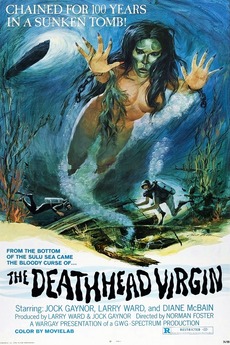 Chained for 100 years in a sunken tomb!

A treasure hunter finds a sunken Spanish galleon off the coast of a Philippine island. What he doesn't know is that the ship is guarded by the spirit of an ancient Moro princess

People are too eager to dismiss VHS. But what a lot of people don't know, is that there are movies…