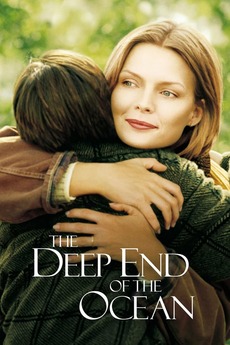 The Deep End of the Ocean
JustWatch

The Deep End of the Ocean

Michelle Pfeiffer is ferocious in the role of a desperate mother whose 3-year-old son disappears during her high school reunion. Nine years later, by chance, he turns up in the town in which the family has just relocated. Based on Jacquelyn Mitchard's best-selling novel (an Oprah book club selection), the movie effectively presents the troubling dynamics that exist between family members who've suffered such an unsettling loss.

- listing is chronological by film - directors are listed in "Read Notes"

Everything I've seen that Letterboxd thinks came out in 1999. Best to worst.

FILMES DO LIVRO: COMIGO NO CINEMA