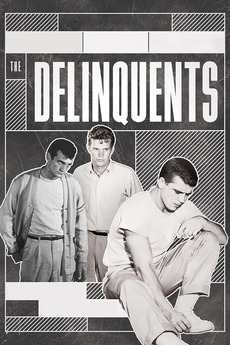 This is the hard-hitting motion picture that takes off the kid gloves and puts on the brass knuckles in a smashing expose of today's children of violence - who just "gotta have action"!

A frustrated young man, separated from his younger girlfriend, gets involved in a juvenile gang.

A complete list of movies contained within the filmography sections of the Betrock book of the same name.