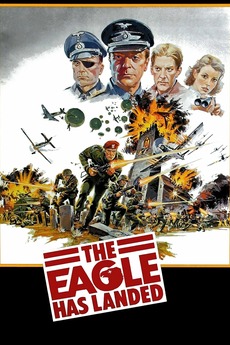 The Eagle Has Landed
JustWatch

The Eagle Has Landed

The daring World War II plot that changed the course of history.

When the Nazi high command learns in late 1943 that Winston Churchill will be spending time at a country estate in Norfolk, it hatches an audacious scheme to kidnap the prime minister and spirit him to Germany for enforced negotiations with Hitler.