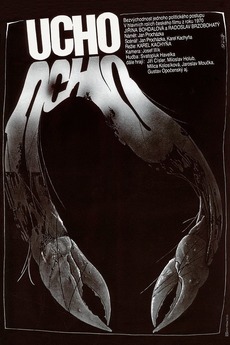 Senior ministry official Ludvik and wife Anna find their house is riddled with listening devices put there by his own ministry. A harrowing night follows (reminiscent of 'Who's Afraid Of Virginia Woolf'), and the resolution is worse than being carted off to jail.