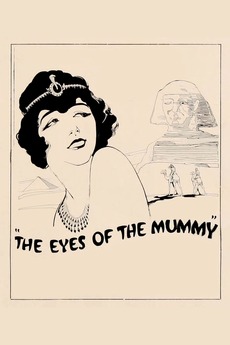 The Eyes of the Mummy
JustWatch

The Eyes of the Mummy

Jannings and Negri are Egyptians involved in a scam milking tourists out of their money, by having the girl lend her eyes to the "mummy" from inside an empty sarcophagus! When a British lord and adventurer comes to visit, she falls in love and leaves with him to England. Needless to say, Jannings – who, naturally, has feelings for Negri himself – follows them (conveniently in the employ of another English aristocrat and friend to Liedtke) in order to exact his revenge.

film posters that are illustrated in anyway, whether drawn or painted, traditionally or digitally, i'll also include sculptures and miniatures…

Listing everything German I’ve seen through 1918, after which the Weimar Republic was founded. The titans of this era were…

Here's a complete list of every German film discussed in Siegfried Kracauer's From Caligari to Hitler. Original German titles and…

Every film in Mark Cousins' The Story of Film (Book)

The following list contains all the films on in the book's…