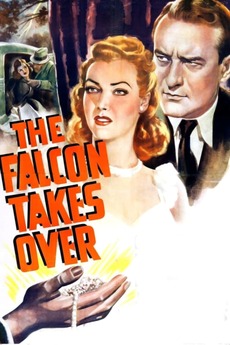 The Falcon Takes Over
JustWatch

The Falcon Takes Over

While an escaped convict, Moose Malloy, goes in search of his ex-girlfriend Velma, police inspector Michael O'Hara attempts to track him assuming him to be a prime suspect for a number of mishaps.

The Golden Age of Hollywood, a period of Hollywood under a studio system with five major (Big Five) and three…

Airing dates and times are in the notes (Eastern Standard Time).

Films based on books by american pulp authors. Both "american" and "pulp" is defined loosely. So Poe, Lovecraft, Highsmith and…

The Falcon films were a series of B-pictures produced by RKO between 1941 and 1946, with the three final offerings produced…