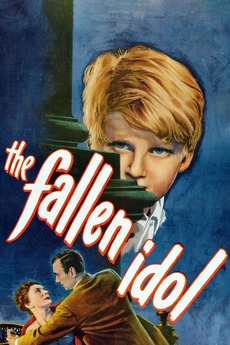 The suspense is almost unbearable…

Phillipe, the son of an ambassador in London, idolizes Baines, his father's butler, a kind of hero in the eyes of the child, whose perception changes when he accidentally discovers the secret that Baines keeps and witnesses the consequences that adults' lies can cause.