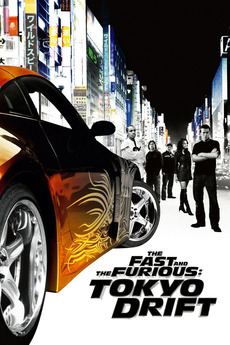 The Fast and the Furious: Tokyo Drift
JustWatch

The Fast and the Furious: Tokyo Drift

On the streets of Tokyo, speed needs no translation...

In order to avoid a jail sentence, Sean Boswell heads to Tokyo to live with his military father. In a low-rent section of the city, Shaun gets caught up in the underground world of drift racing