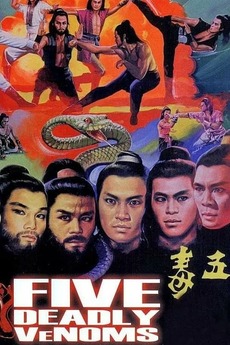 A kung-fu student is instructed by his dying teacher to track down five of the teacher's ex-students. Each of the five is equipped with a lethal martial arts skill, and the teacher fears this might be used for evil purposes. However, not only does the teacher not know the identity of the students (who all wore masks under his training), but some of the students also don't know each other!