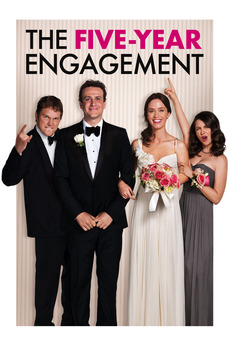 A comedy about the journey between popping the question and tying the knot.

Exactly one year after Tom meets Violet, he surprises her with a wedding ring. By all accounts, Tom and Violet are destined for their happily ever after. However, this engaged couple just keep getting tripped up on the long walk down the aisle.