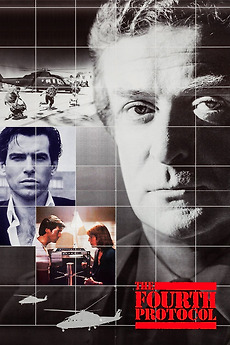 Led by Kim Philby, Plan Aurora is a plan that breaches the top-secret Fourth Protocol and turns the fears that shaped it into a living nightmare. A crack Soviet agent, placed under cover in a quiet English country town, begins to assemble a nuclear bomb, whilst an MI5 agent attempts to prevent it's detonation.