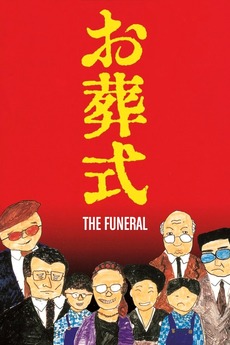 At the beginning of the film the father-in-law of the protagonist dies unexpectedly of a heart attack. The remainder of the film is episodic, moving from one incident to another over the course of the three-day funeral, which is held (as is customary) in the home. These incidents contrast old ways and new ways, young and old, ritual ceremony and true feelings, often comically, but sometimes with real poignancy.