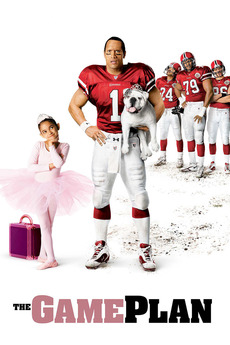 Half his size, twice the trouble ... and she's moving in.

Bachelor football star Joe Kingman seems to have it all. He is wealthy and carefree, and his team is on the way to capturing a championship. Suddenly, he is tackled by some unexpected news: He has a young daughter, the result of a last fling with his ex-wife. Joe must learn to balance his personal and professional lives with the needs of his child.

Movies I’ve seen so many times I can’t count

Ranking Every Single Movie I Have Ever Watched

Includes short movies, comedy shows and series for example Black Mirror and Death Note. Be free to give ur opinion…