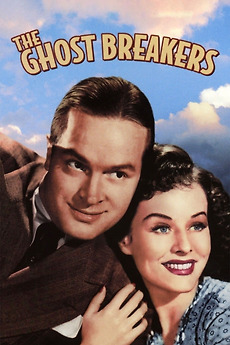 When the Ghost WALKS... They RUN!

After intrepid working girl Mary Carter becomes the new owner of a reputedly haunted mansion located on Black Island near the Cuban coast, a stranger phones warning her to stay away from the castle. Undaunted, Mary sets sail for Cuba with a stowaway in her trunk—wise-cracking Larry Lawrence, a radio announcer who helps Mary get to the bottom of the voodoo magic, zombies and ghosts that supposedly curse the spooky estate.