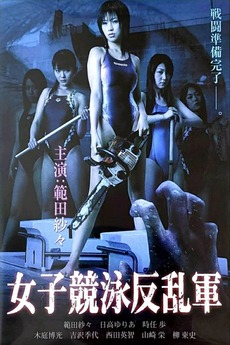 A psycho scientist sent in to inoculate the luscious young student bodies against a new virus makes a little error in judgment, resulting in a not-so-little flesh-eating zombie problem. Now, with most of the school and all of the teachers running amuck, eating each other, having rabid sex and juggling, it's up to Aki and her new found allies on the Girls Swim Team to take care of business.