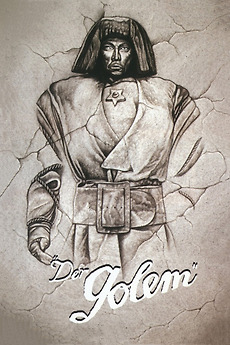 In this version of the golem legend, the golem, a clay statue brought to life by Rabbi Loew in 16th century Prague to save the Jews from the ongoing brutal persecution by the city's rulers, is found in the rubble of an old synagogue in the 20th century. Brought to life by an antique dealer, the golem is used as a menial servant. Eventually falling in love with the dealer's wife, it goes on a murderous rampage when its love for her goes unanswered. This mostly lost film (please check your attic) is often confused with director Paul Wegener second and readily available interpretation of the legend; Der Golem, wie er in die Welt kam (1920).

A mostly complete list of all we showed from October 2016-March 2020. Left off major release stuff for the most…

A Beginner's Guide to German Cinema

This list was taken from a video I made on this topic.