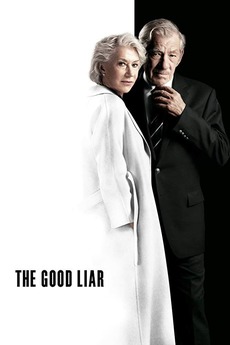 Read between the lies.

Career con man Roy sets his sights on his latest mark: recently widowed Betty, worth millions. And he means to take it all. But as the two draw closer, what should have been another simple swindle takes on the ultimate stakes.