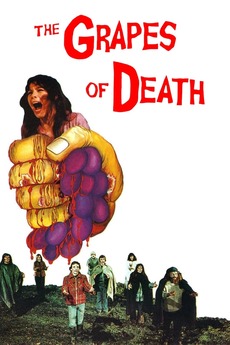 The Grapes of Death

When the wine flows, the terror begins…

A young woman discovers that the pesticide being sprayed on vineyards is turning people into murderous lunatics.