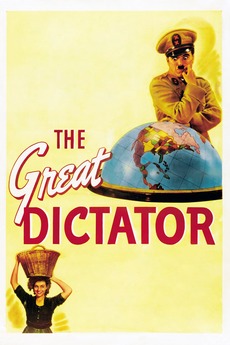 Once again - the whole world laughs!

Dictator Adenoid Hynkel tries to expand his empire while a poor Jewish barber tries to avoid persecution from Hynkel's regime.

The 500 Greatest Movies of All Time, according to statistics

EDIT: Thanks everyone for the great feedback so far. I am currently working towards my ultimate goal of a 1001…