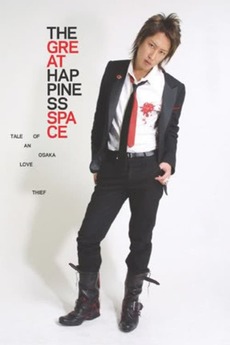 The Great Happiness Space: Tale of an Osaka…
JustWatch

The Great Happiness Space: Tale of an Osaka Love Thief

Welcome to The Great Happiness Space: Rakkyo Café. The club's owner, Issei (22), has a staff of twenty boys all under his training to become the top escorts of Osaka's underground love scene. During their training, they learn how to dress, how to talk, how to walk, and most importantly, how to fake relationships with the girls who become their source of income. Join us as Osaka's number one host boy takes us on a journey through the complex and heartrenching world of love for sale in the Japanese underground.

the term "hidden" is debatable. stumbled upon most of these. some also don't have that many views on letterboxd, i…

The just under 500 films submitted by the users of /r/redscarepod in the July 2020 poll.

Documentary titles that look at sex workers and the world in which they conduct business. Topics include stripping and exotic…

Every film ever nominated a British Independent Film Awards.