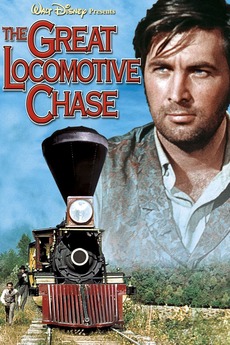 During the Civil War, a Union spy, Andrews, is asked to lead a band of Union soldiers into the South so that they could destroy the railway system. However, things don't go as planned when the conductor of the train that they stole is on to them and is doing everything he can to stop them. Based on a true story.

If you want to spend an amazing afternoon in the couch, these are your movies :)