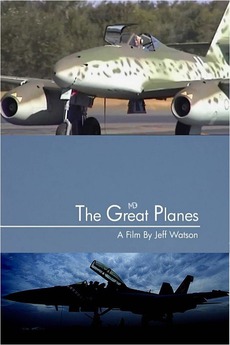 The Great Planes looks at some of the most important aircraft collections in the world – from the Shuttleworth Collection and its antique aeroplanes to the USAF Museum in Dayton Ohio and the mighty XB 70 Valkyrie. More than thirty aircraft types are featured; from great piston engined bombers like the Wellington and Halifax to obscure research aircraft like the Bristol 188, the North American X-15 and the Fairey Delta II. Also a look inside the hangar at Paine Field Seattle and the replica Messerschmitt 262s now flying in both the USA and Germany, filmed against the snow capped mountains of Washington State

Great Planes of the World