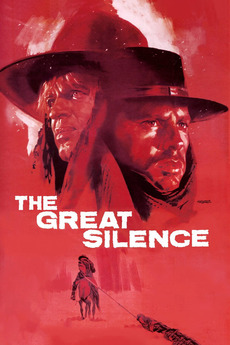 His voice was the silence of death!

A mute gunslinger fights in the defense of a group of outlaws and a vengeful young widow, against a group of ruthless bounty hunters.