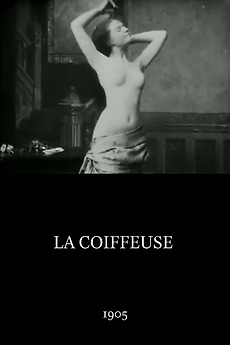 A partially nude woman fixes and brushes her hair.