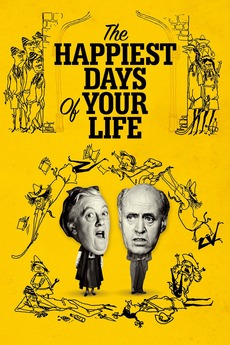 The Happiest Days of Your Life

Nutbourne College, an old established, all-boys, boarding school is told that another school is to be billeted with due to wartime restrictions. The shock is that it's an all-girls school that has been sent. The two head teachers are soon battling for the upper hand with each other and the Ministry. But a crisis (or two) forces them to work together.