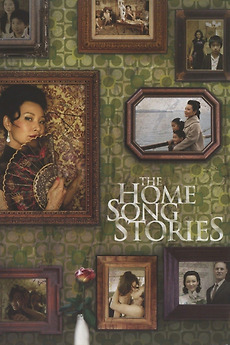 Every Family Has a Story to Hide

Tom, now in his 40s, begins to write the memoirs of his 1960s childhood, as the little boy whose mother Rose was a glamorous Shanghai nightclub singer. When Rose meets Aussie sailor Bill, they are quickly married, and she packs up Tom and his older sister May to head for Melbourne. The marriage just as quickly breaks up and Rose moves with the kids to Sydney. After a succession of male friends and little success, in 1971 Rose moves back to Melbourne, in an uncomfortable arrangement living again with Bill – and his mother. With Bill called away to sea, Rose takes up with young Chinese cook Joe, but despair and conflicts over May's relationship with Joe tear the family further apart. Little Tom is deeply hurt, but May's ongoing conflict with her mother takes a respite when Rose tells her daughter about her traumatic teenage years.

Every Film Ever Nominated for an Australian Film Institute / AACTA Award

Every film that has ever been nominated for an Australian Film Institute / AACTA Award.