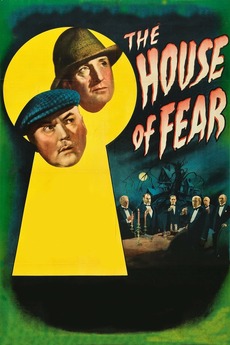 The House of Fear
JustWatch

The House of Fear

The Good Comrades are a collection of varied gentlemen who crave one thing - solitude. They reside at Drearcliff House, ancestral home of their eldest member. All seems serene and convivial until one by one the members begin to perish in the most grisly of manners. Foul play is suspected by the Good Comrades' insurance agent, who turns to Sherlock Holmes and Dr. John Watson for guidance.

films in which a group of people reside in a fairly isolated location, which they can't leave because of the weather or because they are all suspects in a murder case