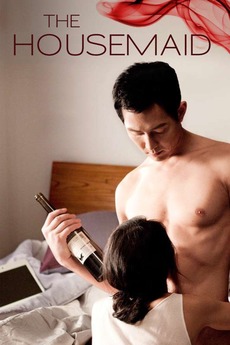 When Opportunity Knocks, Answer at Your Own Risk.

A man's affair with his family's housemaid leads to a dark consequences. Eun-yi is hired as an au pair for Hae-ra (pregnant with twins) and her rich husband Hoon. Eun-yi's primary task is watching the couple's young daughter, Nami. Eun-yi is eager to connect to Nami, who gradually warms to her. Hoon begins to secretly flirt with Eun-yi, enticing her with glasses of wine and his piano playing, and they eventually begin a sexual relationship. Despite the affair, Eun-yi is still warm and friendly to Hoon's oblivious wife, Hae-ra. She even expresses enthusiasm and delight at the progress of Hae-ra's pregnancy.