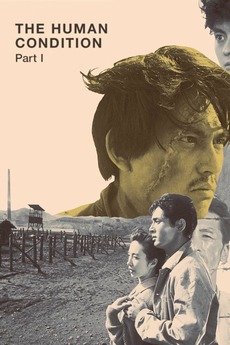 The Human Condition I: No Greater Love

During the Second World War, Japanese conscientious objector Kaji works as a supervisor in a Manchurian prison camp. He hopes to avoid duty as a soldier, but he also hopes to be helpful to the welfare of his prisoners. But an escape attempt by Chinese prisoners results in Kaji's arrest for collusion. He faces the possibility of transferral to combat--or worse.