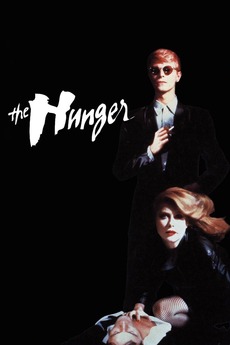 Miriam promises her lovers the gift of eternal life, but John, her companion for centuries, suddenly discovers that he is getting old minute by minute, so he looks for Dr. Sarah Roberts, a researcher on the mechanisms of aging, and asks her for help.