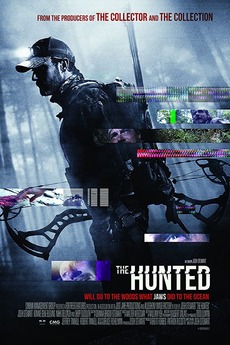 Be Careful What You Hunt

Chasing their dream of landing their own hunting show, Jake and Stevie head to the dense, secluded mountains of West Virginia. Equipped with only their bow and camera, they have just three days to kill a monster buck big enough to grab the attention of the network...and they've found him. But the sun has set, and they realize they're not alone.

I did my best to list all the found footage movies ever made.

Stay the fuck out of the wilderness.

Films I Own But Haven't Seen Part Two

Apparently, the maximum amount of entries one can enter into a list on Letterboxd and have it…