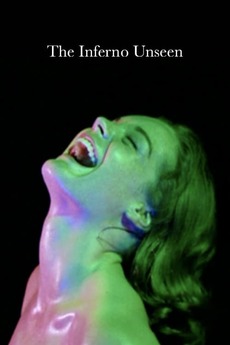 Henri-George Clouzot’s The Inferno, starring Romy Schneider, is one of the most tantalizing uncompleted projects in film history. The Inferno Unseen is a newly edited assemblage of rushes filmed in 1964. With his cinematographers Andréas Winding, Armand Thirard, and Claude Renior, Clouzot staged seemingly endless kinetic and optical experiments focusing primarily on Schneider performing simple, seductive actions in carefully composed mises-en-scène. Departing from Serge Bromberg’s critically acclaimed documentary about the making of Clouzot’s film (2009), The Inferno Unseen focuses solely on Clouzot’s intoxicating visions, allowing them to build their own momentum as they unfurl in all their glory. Rollo Smallcombe is a London-based music producer, composer and filmmaker. His sonic inspirations range from the early experiments of Musique Concrete through to modern video-game, film, and horror scores.

Directors and production from all French-speaking countries, in reverse chronological order. If you're new to Letterboxd, just know you can…

My favorite type of cinema

Not priorities, but films I have an eye on nonetheless

They say sometimes, it's best to control your impulses and self-impose a limit to the amount of movies you want…