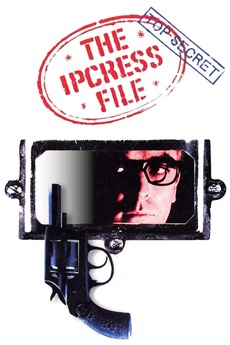 The spy story of the century.

Sly and dry intelligence agent, Harry Palmer is tasked with investigating British Intelligence security, and is soon enmeshed in a world of double-dealing, kidnap and murder when he finds a traitor operating at the heart of the secret service.

full movie available on youtube, chronologically listed. please let me know if you encounter any dead links or deleted videos.