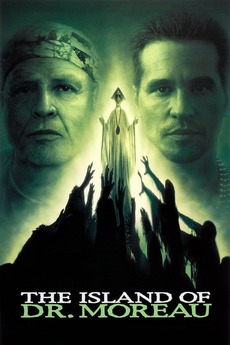 The Island of Dr. Moreau
JustWatch

The Island of Dr. Moreau

The gates of hell are unlocked.

A shipwrecked sailor stumbles upon a mysterious island and is shocked to discover that a brilliant scientist and his lab assistant have found a way to combine human and animal DNA with horrific results.