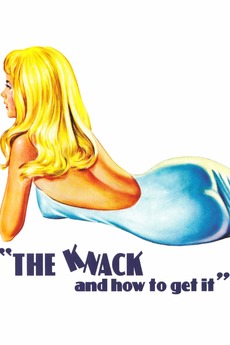 The Knack... and How to Get It

Some have it, Some Don't.

A nebbish schoolteacher begs his smooth (and misogynistic) pal to teach him 'the knack' - how to score with women. Serendipitously, the men meet up with a new girl in town, as well as a friendly lunatic who can’t help but paint things white.