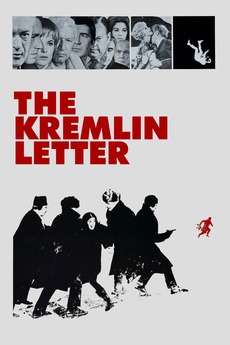 A network of older spies from the West recruits a young intelligence officer with a photographic memory to accompany them on a mission inside Russia. They must recover a letter written by the CIA that promises American assistance to Russia if China gets the atomic bomb.

The entire filmography of the revised edition of Vito Russo's classic book, The Celluloid Closet. Not the film-- the book.…