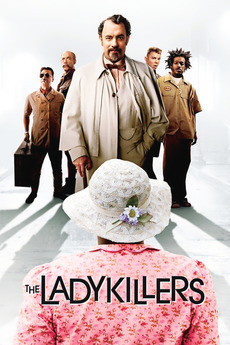 The greatest criminal minds of all time have finally met their match.

An eccentric, if not charming Southern professor and his crew pose as a band in order to rob a casino, all under the nose of his unsuspecting landlord – a sharp old woman.