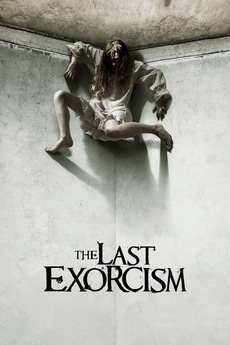 After years of performing “exorcisms” and taking believers’ money, Reverend Marcus travels to rural Louisiana with a film crew so he can dispel what he believes is the myth of demonic possession. The dynamic reverend is certain that this will be another routine “exorcism” on a disturbed religious fanatic but instead comes upon the blood-soaked farm of the Sweetzer family and a true evil he would have never thought imaginable.

This is like my favorite unofficial genre / fav trope in cinema: the psycho deranged woman with a few screws…