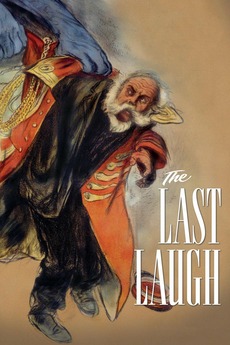 An aging doorman, after being fired from his prestigious job at a luxurious Hotel is forced to face the scorn of his friends, neighbours and society.