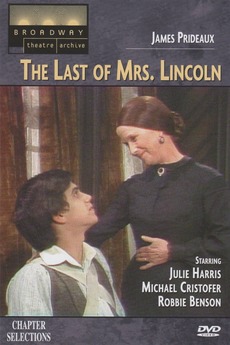 The Last of Mrs. Lincoln
JustWatch

The Last of Mrs. Lincoln

A list of nominees for the Emmy for Outstanding Actress in a Miniseries or Made-for-TV Movie. Anomalous nominations, including actresses…