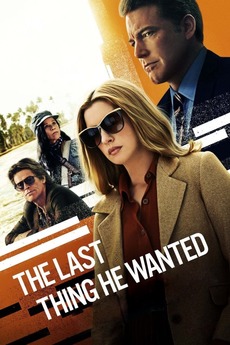 The Last Thing He Wanted
JustWatch

The Last Thing He Wanted

At the turning point of the Iran-Contra affair, Elena McMahon, a fearless investigative journalist covering the 1984 US presidential campaign, puts herself in danger when she abandons her assigned task in order to fulfill the last wish of her ailing father, a mysterious man whose past activities she barely knows…