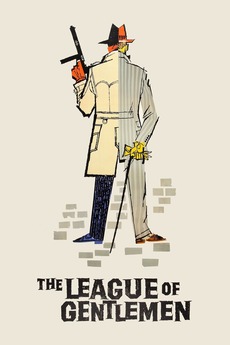 The League of Gentlemen
JustWatch

The League of Gentlemen

Involuntarily-retired Colonel Hyde recruits seven other dissatisfied ex-servicemen for a special project. Each of the men has a skeleton in the cupboard, is short of money, and is a service-trained expert in his field. The job is a bank robbery, and military discipline and planning are imposed by Hyde and second-in-command Race on the team, although civilian irritations do start getting in the way.

Everything on the brand new Criterion Channel Streaming service. (As of 02/12/20) Sort list by last added for latest additions…