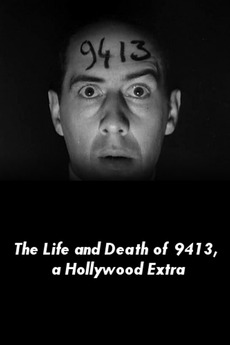 The Life and Death of 9413, a Hollywood Extra

This short experimental film tells the story of a man who comes to Hollywood to become a star, only to fail and be dehumanized. He is identified by the number 9413 written on his forehead.