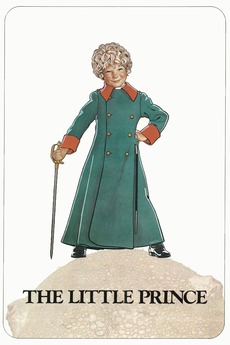 Based on the story by Antoine deSaint-Exupery, this magical musical fable begins as a pilot (Richard Kiley) makes a forced landing on the barren Sahara Desert. He is befriended by a "little" prince from the planet Asteroid B-612. In the days that follow, the pilot learns of the small boy's history and planet-hopping journeys in which he met a King, a businessman, an historian, and a general. It isn't until he comes to Earth that the Little Prince learns the secrets of the importance of life from a Fox (Gene Wilder), a Snake (Bob Fosse), and the pilot.